Nokia Lumia 730 Review : the midranger for everyone

It was last year when Nokia-Microsoft phones significantly made a huge jump in sales because of a low priced Smartphone called Lumia 520. It was the price of the phone that was attractive, since Windows can run smoothly on any configuration (of course the only configurations at each price point Microsoft has configured windows 8 for) then they released Lumia 720 which was another handset that definitely made huge sales in India owing to the price point. There was not exactly a competition at that time since Android phones struggled to do well in low configurations.

Time has changed there is tough competition at this price point since the arrival of Moto G and also Xiaomi. There are lot of Indian manufacturers too especially Micromax who essentially had made huge jump in Smartphone space in India. They release phone at the exact price points where Microsoft was really making money.

So in the amidst of these competitions Nokia Lumia 730 arrives, touted as the Selfie Phone by Microsoft. The handset is much more than that, but Microsoft want to catch on the selfie craze.

The Lumia 730 sticks to the standard Lumia formula: it’s colourful fabula design that actually started from Nokia N9. It has some striking colors and I Have the green one here. It’s pretty slick and cool looking and the green will definitely stand out in a crowd.  The smooth, curved shape is comfortable and the Lumia 730 has great built quality just like any other Nokia Smartphone. Being the successor of Lumia 730 which was one of the best looking windows phone out there, Lumia 730 just looks good but not better than Lumia 720 though.

In the front it has a curved glass just like N9, Lumia 800, Lumia 720 etc.  The 4.7-inch AMOLED screen offers an HD resolution of 1,280×720 pixels (316ppi) and it’s nicely bright and sharp, with good contrast. It is too bright which eventually made me decrease brightness while I use, along with Clearback polarizing filters offered by Nokia it will be safe to assume that it will do great under sunlight and with OLED display you will get deep blacks and great contrast. The display is protected by Corning Gorilla Glass 3.

Eventhough it is really unfortunate that they decided to go away with the glance feature in the low midrange phones, a feature I totally love. The 730 does have both a high-sensitivity and a double-tap-to-wake option, so it’s a very good pick if you either like to wear gloves or don’t want to reach for the power key every single time.

Speaking of the power key, the Microsoft has decided to go away with the Camera shutter button which I am a huge fan off. It’s a shame that my low end Lumia 520 has one but Lumia 730 misses out on that. It has both power button and volume keys at the right hand side, headphone jack at the top and USB port at the bottom. The phone is slim at just under 9mm and lightweight at 134g.

It also comes with a removable backcover, which will give access to microsdcard and the dual sims slots. But the phone’s built looks like a unibody that even I was taken a back to understand it’s back cover is removable. Nokia/Microsoft is in fact so worried that people will try and force the back off with a screwdriver that it includes a sticker on the 730’s back, as seen here:

Windows tile based Metro UI is still buttery smooth unmatched by rivals. With latest updates it is as featured pack as ever without any performance hitch. It now has a unified notification centre. With the Denim update the new features added up on the Windows phone are

The Nokia Lumia 730 is a cost-effective business smartphone with built-in Microsoft Office and great applications like Microsoft Exchange, Office 365 and Lync. And enterprise-level security gives you peace of mind wherever you go.

Also in software offering, Nokia’s traditional enhancements are all here, from the huge suite of custom apps to everyday usability enhancements like the double-tap-to-unlock, Nokia Here Maps etc.

The platform still has an app deficit, though, and it remains an Achilles’ heel. Don’t get me wrong: Most of your needs are easily covered. You’ll find Instagram, Swarm, Vine, WhatsApp and other staples of the modern smartphone experience. However, there are still a few holes.  Some of Google apps are issue even-though there is third party offering for most important apps, it is always great to have the official apps.

Since it is touted as the selfie phone it is better to talk about the front camera. It is a 5 MP non PureView camera, a 1/4 inch sensor with a relatively bright aperture rating of f/2.4.  It has a focal length of 24mm; perfect for impromptu group snaps with friends and Skype calls with the whole family. The front camera is one of the best if you consider the front cameras I have used from my Oppo Find 7 to HTC ONE M8 with 5MP. But it definitely cannot beat rear facing cameras on everyone.

So if the 5MP front facing selfies are not enough Nokia has introduced Lumia Selfie app which will help you capture great selfies with rear camera too and edit it to look great.

The rear camera is the same as that of Lumia 720 which was pretty good already and with the new algorithms with Lumia Denim it just got better. The front camera is 6.7mp MP non PureView camera, a 1/3.4 inch sensor with a wide and bright aperture rating of  f/1.9, complimented with a single – LED flash.

The phone took some great shot in daylight but tends to saturate little bit which is fine. And it can click some good looking lowlight shots too if you have steady hands since it has no OIS. The video quality is also good. It captures good sound and capture good detail. For the price the phone is offering there is no phone that will be offering such good camera quality.

And the Nokia camera just gives you so much control for your shot that you can overcome difficult situations for camera using it. Such versatile app is one of the biggest plus for Lumia phones. The manual control over focus, white balance, exposure and ISO. Meanwhile the omission of a hardware shutter key seems strange and inconvenient as I mentioned earlier. 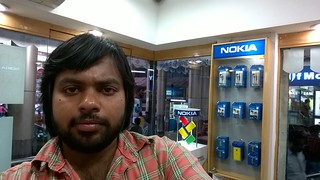 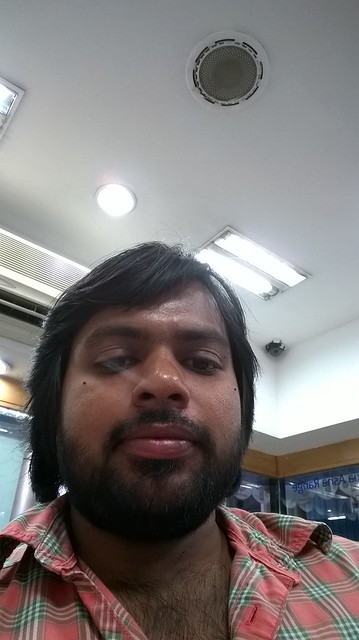 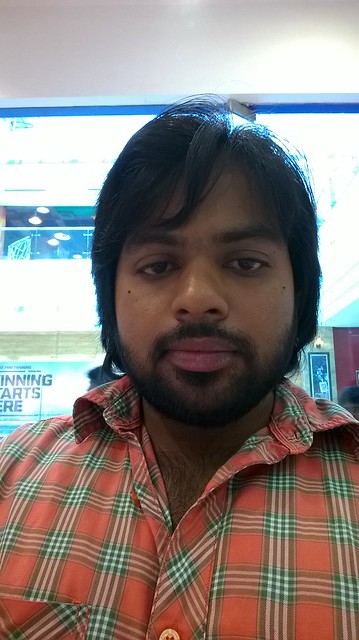 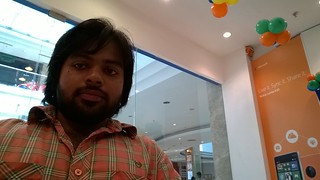 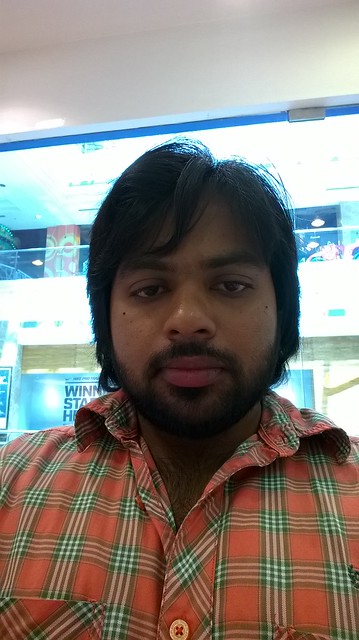 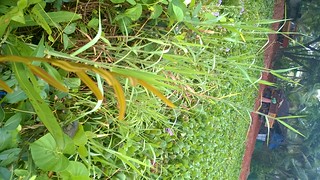 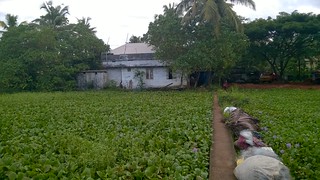 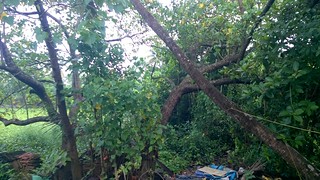 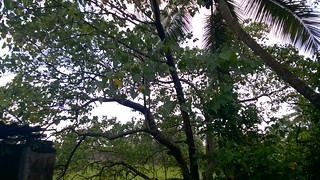 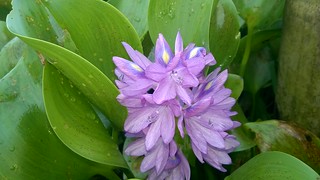 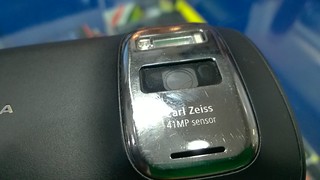 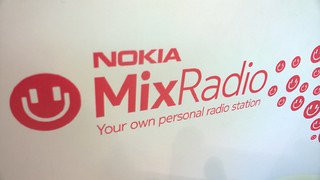 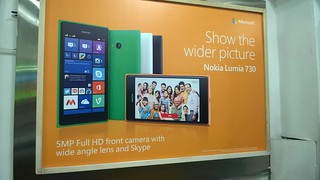 Dropping below the 800 series in the Lumia family firmly entrenches you in the mid-range category and whilst the user experience is impressively slick on the 730, the hardware powering it is relatively modest. A 1.2GHz quad-core Snapdragon 400 chip and 1GB of RAM offers a fluid experience for the most part, including 3D gaming. And the optimization by Microsoft means it runs fluid comparing to any other flagships in day to day tasks.

But while gaming there will be occasional frame drops, thanks to the midrange processor – GPU combo, which unfortunately runs on every other current midrange phones available, since my guess is that no other chipset is made available by the Qualcomm right now. In terms of performance Moto G is no match for Lumia 730.

On-board storage is limited too, leaving you around 3GB of the total 8GB internally. That said Microsoft bundles on 15GB of cloud storage in the form of OneDrive and the microSD slot concealed under the 2220mAh battery can impressively take cards up to 128GB in size – unusually good for a mid-range device. The generous battery capacity gives you excellent two-day battery life.

But unfortunately the bigger brother of Lumia 730,  the Lumia 735 comes with Qi wireless charging and 4G LTE onboard. In returns Lumia 730 is dual sim 3G  phone. Exclusion of 4G is not bad, since wide availability of 4G is not expected very soon in India and even if available it will cost really high.

As I mentioned earlier in the review billing the Nokia Lumia 730 as a ‘selfie phone’ does it a disservice. There’s no denying that it’s one of the most competent devices in the space for this sort of thing, but it can do and offer so much more since it is solidly capable good looking Windows smartphone with a good screen, fast processor and a surprisingly high quality camera.

A better than usual 5-megapixel snapper on the front for superior selfies too. This is likely to please keen Intagrammers and Facebookers, who want a capable phone that makes a statement and doesn’t cost much.

The Nokia Lumia 730 is priced Rs. 15300/-  and is available Grey, White, Black,  vivid glossy orange, and matte green colour. If you can use your bargaining skills you can get it below 15K  in the retail stores.

It was last year when Nokia-Microsoft phones significantly made a huge jump in sales because of a low priced Smartphone called Lumia 520. It was the price of the phone...

Start the ball rolling by posting a comment on this article!