The newest windows phone is here not to win the spec sheet race, but to seal its value as the best cameraphone available in the market. Photography have been either portability or quality, Nokia decided to change that with Nokia Lumia 1020. In the camera department it is the successor of Nokia 808 pureview with insane 41 megapixel . 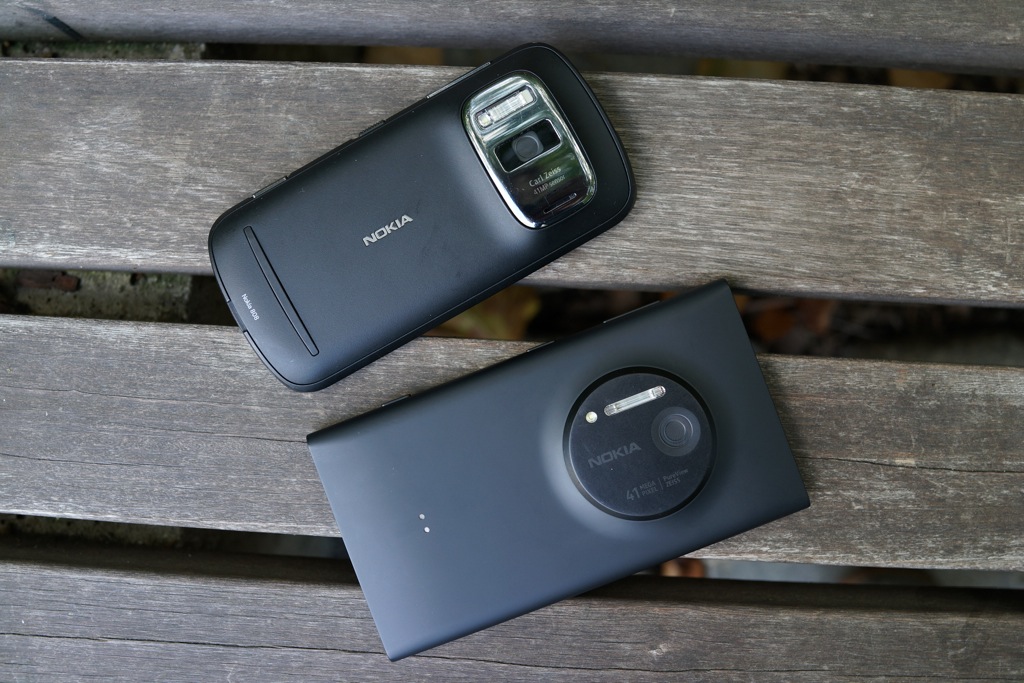 The Nokia Lumia 1020 with its predecessor Nokia 808 pureview

It has the same body of single piece poly carbonate of Lumia 920, the 41-megapixel PureView module is made of aluminum (black colour) which is the only visible difference from Lumia 920 and all colours have a matte finish. The camera hump makes the 1020 pretty awkward to hold, but  it’s surprisingly light (158g) and thin (10.4mm) given all the optics packed inside. The matte polycarbonate shell itself feels smooth and futuristic in the hand, and the aluminum volume, power, and shutter keys have a pleasantly rough texture. The gorilla glass 3 protection is smooth and just slightly curved, the screen itself a 4.5-inch AMOLED panel delivering WXGA resolution (1280 x 768, about 334ppi) and vibrant colors paired with stunningly deep blacks. 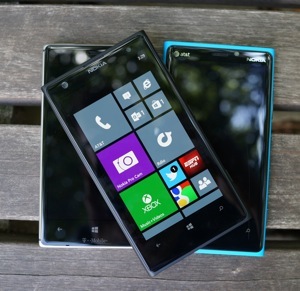 The 1020 does ship with  2GB RAM, and it also includes a barometer as part of its sensor package.  Otherwise, the dual-core Snapdragon S4 processor at 1.5GHz and the 32 gigs of onboard storage (26GB available to the user) is same as Lumia 920 or 925, also neither the storage nor the 2000 mAh  battery are removable or expandable.

The 1020 runs the Windows OS just as smoothly and reliably as its predecessors. All the hallmarks of the platform like Live Tiles and the Modern UI design language are here, and of course Nokia’s special suite of exclusive apps continue to do a nice job of completing the Windows Phone experience. We should also note that the Windows Store now sports over 160,000 available titles, meaning you’re more likely than ever before to be able to find the apps you’re looking for on the world’s third-largest mobile platform.

More interestingly, the Lumia 1020 is one of the first units to ship with the combination of Microsoft’s GDR2 and Nokia’s Amber software updates, meaning the 1020 offers some of the UI enhancements we showed you in our Lumia 925 review. Glance Mode offers a floating clock on your standby screen that can be commanded to time out eventually, remain on forever, or be summoned by a hand wave. The long-awaited double-tap-to-unlock is here as well, and at last, users are given ability to adjust the temperature and saturation of the 1020′s display, which should quiet down some of the complaints about AMOLED’s color reproduction.

GDR2 also brings a variety of minor enhancements to the overall Windows Phone experience, sharpening up media streaming in the browser, enabling the phone’s FM radio, and significantly cleaning up the Xbox Music suite, among other behind-the-scenes bug fixes and improvements. The update is also supposed to enable the handy Data Sense app as a stock feature

The phone’s 41-megapixel shooter is a staggering feat of engineering. According to Nokia’s white paper on the 1020, the 1020 approaches optical image stabilization completely differently than the 920. On the newer phone, the entire camera assembly rests on a set of tiny ball-bearings, the unit constantly repositioned by an array of piezoelectric motors that keep it stable based on the on-board gyro’s readings. There’s even a paper insert in the phone’s box, a notice that the “gentle rattle you hear” when shaking the phone is merely “the sound of blur-free photos.” 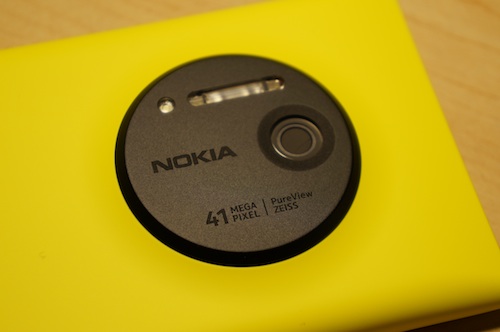 Like   the Lumia 925, the 1020′s Carl Zeiss optics package also includes a six-element lens (one glass and five plastic), and  there’s also a Xenon flash located alongside the LED focus light. Unlike those phones, though, the 1020 packs a huge component at the heart of it all: the 41MP BSI sensor.

It have stereo recording with HAAC mikes, and have a software called Nokia pro cam, it is set by default to “dual capture.” That means it produces two photos for every snapshot: a raw 34-megapixel shot (38MP, if you opt not to crop your photos to 16:9) alongside a more-manageable 5MP photo. The memory usage on those works out to around 10MB and 1.5MB, respectively, per photo. You can attain loseless zoom while capturing images or videos.  At the reduced size of 5MP, the 1020’s photos pack much more quality than a typical 5MP photo because of a technique called oversampling.  In short, oversampling means that each pixel in the 5MP image has been created using data from up to 7 surrounding pixels. According to Nokia, that technique results in a sharper, more authentic image – but you don’t have to take their word for it. You can heck the image quality from a local Nokia store. 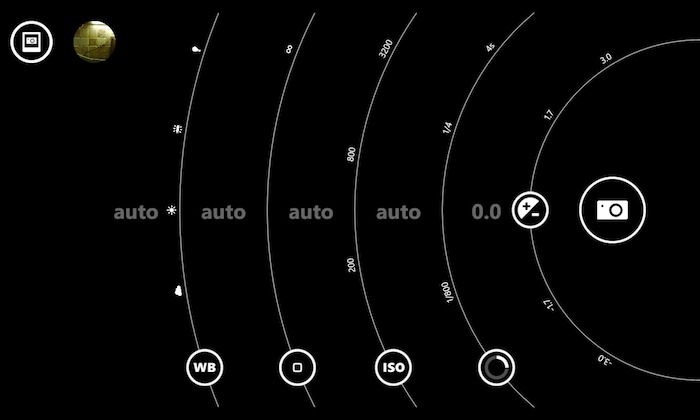 The 1020 also continues Nokia’s excellence in the field of low-light photography, using a combination of longer exposure time and optical image stabilization to brighten dim photos without overdoing it. The Nokia Pro Camera software does this automatically in the default shooting mode, but if you prefer you can also manually control the usual ISO, exposure, and white balance levels, as well as settings most smartphones don’t give you access to, like manual focus adjustment and selectable shutter speed.

The Lumia 1020’s software provides a helpful tutorial at nearly every turn, and once you get comfortable, you’ll be able to capture some truly outstanding photos with the Nokia Pro Cam application. Of course, Nokia’s Smart Cam app -familiar from the 925- is here as well, offering useful effects like action shots, unwanted-photobomber removal, motion blur, and so on. And the expansion options continue with the usual catalog of Lenses available in the Windows Store

Video performance is excellent as well in full 1080p mode, with crisp imagery and rich color outside, though we were a bit surprised at how much the image seemed to bounce, even on a simple walk down the sidewalk or up some stairs. Nokia’s Rich Recording means audio capture is extremely clear, even in noisy environments.

It is released in India and Nokia have priced it Rs 49,999. But you can get it much cheaper through online retailers or even from your local stores. If you are looking for a phone with an awesome camera you should not look being this Windows 8 powered monster.

The newest windows phone is here not to win the spec sheet race, but to seal its value as the best cameraphone available in the market. Photography have been either...